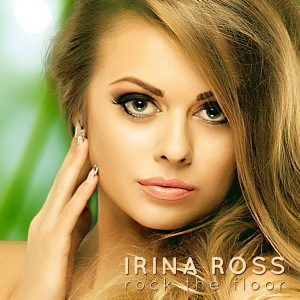 The Dibblebee show 45 ft Irina Ross was a different show, because at the time of recording on January 16, 2015 aside from it being jammed pack full of great dance music and an excellent guest interview, there was no telling that it was the end of a special series of Dibblebee shows. Of course, this was not the last Dibblebee show, as he went on to create shows right up to today. However, this show marked the beginning of a new radio presentation format. Dibblebee focused more on the Top 10 Dance Songs of The Week. Many of those shows continued to feature an artist interview.

Speaking of artist interviews, we were very privileged to talk to Irina Ross on The Dibblebee Show. She speaks about some of her musical influences when she was younger, the struggles in the music industry and about her new single called “Rock the Floor”. Irina Ross is not only a singer, but also a songwriter and fashion designer from Romania. She doesn’t seem to be currently involved in music or singing, but hopefully with her talent that will soon change.

EVE GALLAGHER – YOU CAN HAVE IT ALL

ACE OF BASE – “ALL THAT SHE WANTS”

ALVARO AND CARNAGE – THE UNDERGROUND