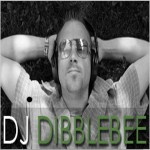 Dibblebee brought you Victoria Aitken – a London based songwriter and singer -– has performed to audiences in London, Manhattan, Berlin, Dubai and Paris. Victoria’s distinct sound has consistently reached prime positions on the UK and European dance charts. Her songs have received note and praise in publications such as The New York Times, New York Magazine, Vogue, GQ, W, Elle, The Daily Telegraph and E! News. Victoria was interviewed on The Dibblebee Show where she allowed us to discover the track Weekend Lover she also spoke of her contribution to  a popular Hollywood Flick.